Up in the Air

I haven't written in 3 months. Since January a lot of milestones have passed and crashed over me like waves. I keep thinking about where I was a year ago, who I was with, what I was doing. I remain entrenched in the framework of the past: Anniversaries. Birthdays. 6 Nations. St. Patrick's Day. Recently there have been many days in which I reflect and recall exactly what I was wearing and how I was feeling 365 days ago. Even looking back on my entries from March 09, I feel as though someone is wringing out my insides I miss it so much. But I'm trying to look ahead instead of back.
Graduation is just over a month away, something I've yet to wrap my head around. I'm reminded of a similar point of transition 4 years ago, where friends and relatives all echoed the same concerns: "Where are you going to college? What are you majoring in?" For months and months we seniors endured this barrage from inquisitive and well-intentioned adults. After my first few times responding, I realized the more resolute and confident I sounded, the more I could just skirt around the real issue at hand. After all, what adult would want to hear the truth: I don't quite know where I want to be. I don't know what I want to do, but I'm more or less content in my uncertainty.
The alternative, smiling and answering decisively, is much less meddlesome.

So it is with chagrin that I find myself using similar tactics, a full 4 years later, when I'm asked about what my plans are after college. The difference now is that I'm 22, not 18, and so my sentiment of easygoing spontaneity that "everything will fall into place" is met with raised eyebrows. What once was tolerated by my family and society at large as being whimsical and endearing is now looked at with more scrutiny. 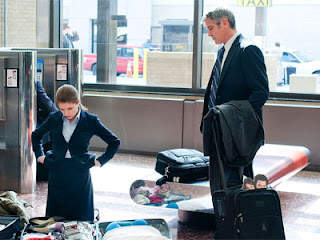 I'm trying to let go of my past and the part of me that aches for Dublin so that I can give the future my undivided attention. But I'm finding I cannot escape the urge to seek solace in another country, a new environment. This sense of longing and yearning to go away again pesters me like a petulant child.
I think I need to be traveling and I need to be alone in order to find this sense of purpose. I think I get too distracted and sentimental, and mundane in my pursuits when I'm here at Uni or at home.
Recently I've been musing about the balance between how much we are influenced by our surroundings and how much we assert our own beliefs into our interactions with others. Then there's the question as to the extent of which our beliefs are solely and independently ours, or whether we are all influenced and eroded into similar beings by what we are collectively exposed to. This discord makes me wonder if I've ever had an independent thought. Traveling has prompted all these questions within me, along with many others. The answers are important to me, to better know myself and understand the world around me.
Last year, abroad, my isolation and independence resulted in gaining an unprecedented amount of confidence and clarity. It was such a transformative time for me. Now and in the future, even when circumstances may tear away my comfort zone of familiar people, places, smells, belongings, and locations to something foreign and initially unwelcome, I like to think that I will still have a set of core beliefs that define me as a person. With those intact, I can go anywhere and do anything.

Even if I don't know where I want to be, I can be confident that the decisions I make will be deliberate, and in that way, I can relax, and know that I will end up in a good place.

"If you think about it, your favorite memories, the most important moments in your life...were you alone?"